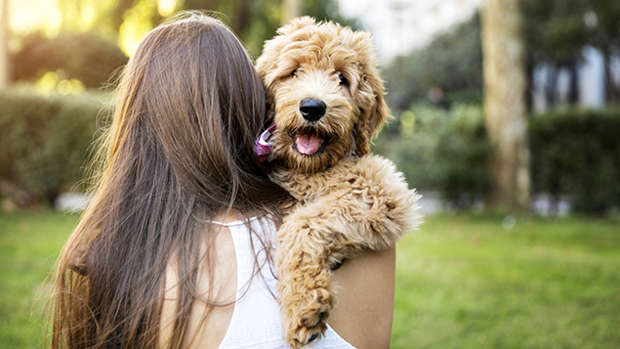 It's no secret our dogs love us.

But it turns out their love might run so much deeper.

A new study has found that when dog owners go through a stressful period, their dogs feel it too.

The study, released by Nature's Scientific Reports, compared the long-term stress levels between 58 dogs and their female owners, by examining cortisol levels.

Researchers at Linkoping University in Sweden found that the patterns of cortisol levels in the hair of dog owners closely matched that found in their dogs in both winter and summer months, indicating their stress levels were in sync.

"If the owner is stressed, then the dog is also likely to mirror that stress," study co-author Lina Roth said.

The Swedish researchers also found that the stress correlation was higher between dogs and owners that compete together in disciplines like agility and obedience.

They speculate that because they spend so much time together, the training could increase the emotional bond.

So there you go - dogs are man's literal best friend!