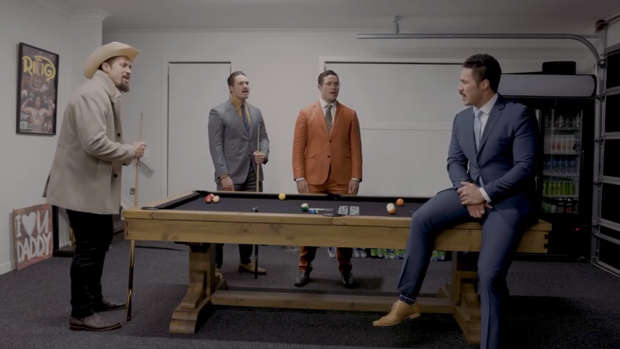 New Zealand boxer Joseph Parker has busted out another musical number as he continues to keep us all entertained while we're in lockdown.

In the hilarious new video, Parker has recreated the iconic scene from the movie Anchorman, in which the four main characters sing Starland Vocal Band's 1976 hit 'Afternoon Delight'.

Having a good old chat with workmates isn’t too far away #AnchorMan 🎞🎥: #MagicMan @kerryrusselltv 🔥 @barkersclothing

For the clip - which was shared to Parker's Instagram - the 28-year-old takes on all four roles of Will Ferrell as Ron Burgundy, Steve Carell as Brick, Paul Rudd as Brian and David Koechner as Champ - at the same time.

Alongside the video, Parker wrote: "Having a good old chat with workmates isn’t too far away."

Over the past few weeks, Parker has produced a string of clips, including his own rendition of Hugh Grant's dancing scene from the Love Actually movie and a lip-synch version of The Foundations' hit song 'Build Me Up Buttercup'.