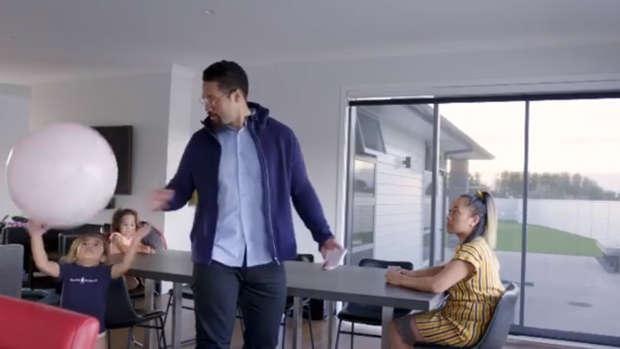 Over the weekend, the Kiwi boxer treated his fans to a hilarious recreation of the legendary 1985 film Back to the Future.

Hope these vids made you laugh and smile as much as we did while making them. Keep up the amazing effort NZ! 🙌🏼 @xlailaix 🎞🎥: #MagicMan @kerryrusselltv 🔥

In the video - which was shared to Parker's Instagram - the 28-year-old appeared as both Marty McFly and Dr. Emmett "Doc" Brown, complete with his wild grey hair.

And now he has released some extra footage, giving us a glimpse into what goes on behind-the-scenes of his entertaining lockdown videos.

READ MORE:
• Kiwi boxer Joseph Parker hilariously channels John Travolta in 'You're The One That I Want' video
• Joseph Parker challenges Jase, Toni & Sam to join him in recreating the 'Time Warp' dance

Alongside the video, Parker wrote: "Hope these vids made you laugh and smile as much as we did while making them.

"Keep up the amazing effort NZ!"

Over the past few weeks, Parker has produced a string of clips, including his own rendition of Hugh Grant's dancing scene from the Love Actually movie and a lip-synch version of The Foundations' hit song 'Build Me Up Buttercup'.