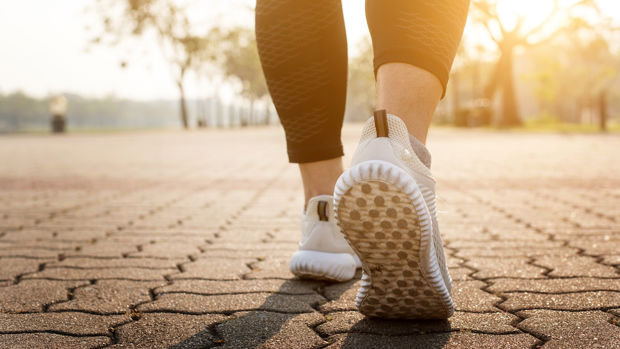 Are you one of those people, who nothing gives you more rage than someone walking slowly in front of you?

Well, the hare does win the race and the tortoise takes second place because according to new research fast walkers are more likely to live longer!

Thanks to a study by the National Institute for Health Research (NIHR) Leicester Biomedical Research Centre we now know that there is a link between a longer life expectancy and the speed at which you walk.

The researchers examined the walking habits of almost 475,000 people and found that those who walked at a brisker pace had a longer life expectancy across all levels of BMI.

Women who walked quickly had an average life expectancy of 87 in comparison to only 72 for those who walked slowly.

While men who were faster in the walking department had an average life expectancy of 86 versus just 65 for the slow walkers.

Professor Tom Yates, the study’s lead author, explained: "Our findings could help clarify the relative importance of physical fitness compared to body weight on the life expectancy of individuals."

"In other words, the findings suggest that perhaps physical fitness is a better indicator of life expectancy than body mass index (BMI) and that encouraging the population to engage in brisk walking may add years to their lives."

Professor Yates previous studies also found that people who are slow walkers are at higher risk of heart-related disease.

So, we guess it's time to pick up the pace!