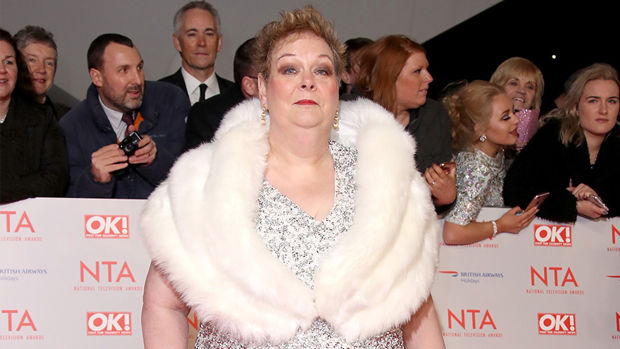 Anne Hegerty is known for her role as the Governess on the UK's hit game show 'The Chase', but that might change now that she's a pop singer.

After taking part in the recording of a festive charity tune, Anne has revealed that she has always wanted to be a pop star, and now she's one step closer!

Speaking to The Sun about the recording, Anne said that she's "always wanted to be a pop singer" and was "flattered to be asked" to take part.

'Rocking With Rudolf', the track that Anne recorded, will be released near the end of this month and all the proceeds will go towards UK children's charity Great Ormond Street Hospital.

Anne will be joining a raft of other massive Uk celebrities that have also made the cut.

Hegerty admits: "I was starstruck when I walked into the room and not sure if anyone knew who I was."

If you're wondering what to expect, Hegerty says: "I mainly like music from the sixties, seventies and eighties. I didn't pay much attention in the nineties. It's not music it's just noise! Most of it you'd need to be on drugs to enjoy and I'm not interested in drugs."

It looks like Christmas is coming early this year!