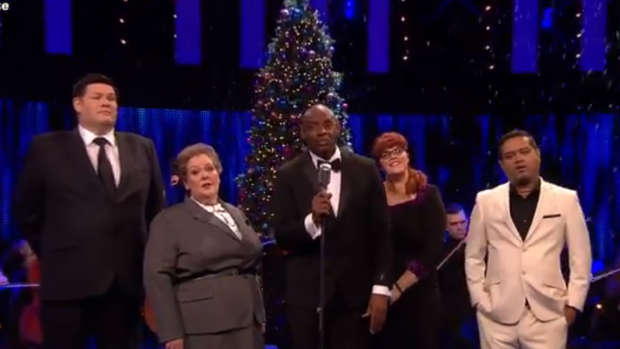 The Chasers are best known for being notoriously clever, but it turns out they all also like to dabble in a bit of singing!

The unstoppable quiz titans, joined by host Bradley Walsh on the piano, left viewers impressed as they performed a hilarious cover of Judy Garland's 'Have Yourself A Merry Little Christmas'.

🎵 Feeling festive yet? Our Chasers and Bradley have a Christmas song for you... 😁 QUEUE THE MUSIC.#TheChase #ChristmasSong pic.twitter.com/FLfmtRlriJ

With Shaun "The Dark Destroyer" Wallace taking lead on the 1944 hit song, fans were surprised to learn he can actually hold a tune.

We're crossing our fingers they release more covers together!