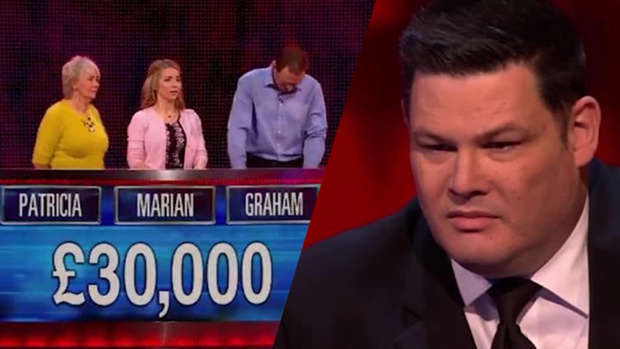 Mark Labbett's shock win on Sunday night has The Chase viewers convinced that the show is fixed, and for good reason.

After a tense final chase where the Beast answered a few questions incorrectly, things were looking good for the three contestants and their £30,000.

The timer seemed to hit zero before Mark got in with his answer, but according to Bradley, he got it in just in time.

Take a look for yourself here:

Outraged fans took to Twitter to vent their frustrations at the show.

"Well that was a ridiculous fix. #justiceforgraham," another posted.

The Beast even appeared to be surprised by his own win, telling the trio that they "deserved" to win.

He said: "You didn't deserve to lose, I'm really sorry guys. You were superb."