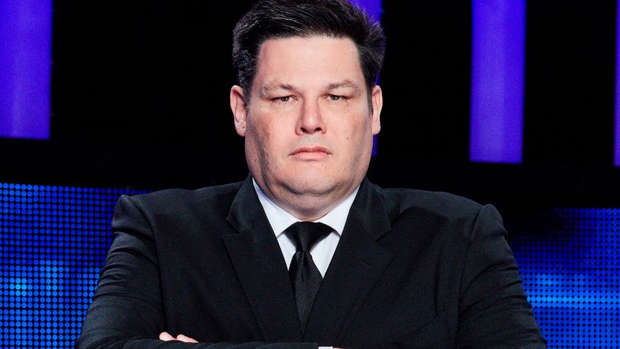 While he's usually the unstoppable quiz titan on the hit series, the 54-year-old chaser lost his cool after being defeated by contestants Ian and Lynn, who won £30,000 in the final chase.

As host Bradley Walsh attempted to address the mistakes The Beast had made, viewers were left shocked as the brainy quiz master got up from the Chasers table and stormed off set.

On his way out of the studio, he could also be seen punching a wall.

A HUGE well done to Ian and Lynn on their £30,000 win! Worked as a team to come up with a strategy, answered well, and executing pushbacks against The Beast. Well deserved. 👏👏👏 #TheChase pic.twitter.com/bTQdw51yEW

He then turned round to speak to Mark, only to see the empty seat and joked: "Oh, you're not there.

"He actually is furious and has stormed off."

The last time Labbett lost his temper and smashed up the ITV show's set was in September 2019 and December 2016.