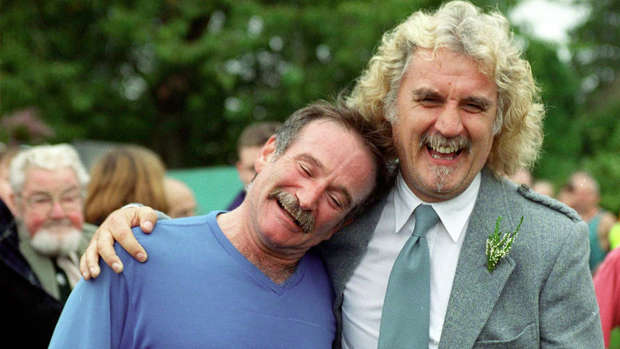 Comedian Billy Connolly has spoken out about the last time he saw his good friend, Robin Williams, just a few days before his tragic passing.

Speaking on The Adam Buxton Podcast, Connolly admitted the 'Mrs Doubtfire' star - who took his own life in August 2014 - didn't look his usual self when they met, describing him as looking "very thin" and "haggard."

The 76-year-old Scot said: "I emailed him and said, 'I saw you on the show and you were great,' because I’d seen him in a newspaper saying he wasn’t sure about it. I got an email back saying, 'Glad you liked the show - I'm in LA too, can we meet for dinner?'"

"He looked very thin and kind of haggard about the face. I said, 'Are you looking after yourself?'

"I’d read that he’d been drinking - some journalist had said it - and I said, 'I hear you’re back on the sauce.'

"That was the last I said to him. Two days later he was dead."

Connolly also admitted Williams' death took him by "surprise" because he thought the actor was such a "strong man".