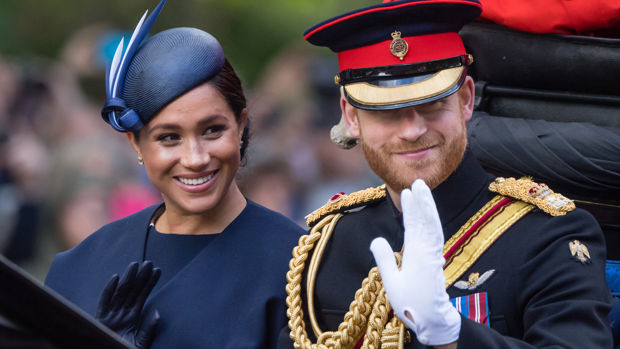 Over the weekend, Meghan Markle made her first official public appearance since welcoming her first child, Archie, at Trooping the Colour.

While it has only just been a month since Archie’s arrival, Meghan took a brief break from maternity leave to join the royal family's celebrations of Queen Elizabeth II’s birthday.

But the Duchess of Sussex wasn't the only big debut. When the Duchess was photographed waving to the crowd during the parade, eagle-eyed royal watchers noticed that she was sporting a new ring in addition to her wedding band and engagement ring.

But while fans speculated that the new bling was a push present from Prince Harry, it's actually an anniversary present. 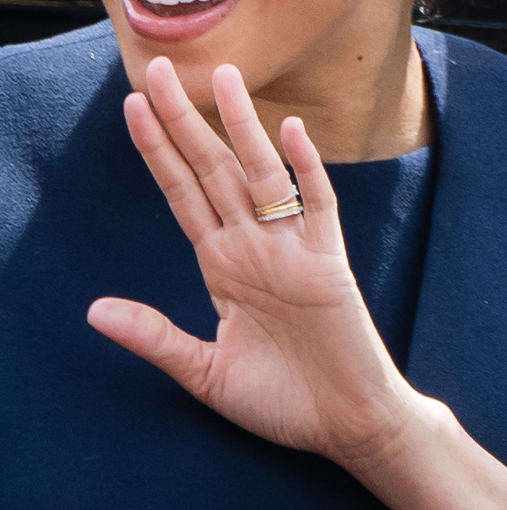 The ring is an eternity band from Prince Harry, a gift designed to mark their first wedding anniversary on May 19th as a symbol of their eternal love.

The last time we saw Meghan was when she and Harry debuted their son Archie at Windsor Castle and answered questions about how the early days of parenthood had been.

"It’s magic. It’s pretty amazing. I have the best two guys in the world, so I’m really happy," Markle said at the time.

Like his cousin Prince Louis did last year, Baby Archie stayed at home on the big day.