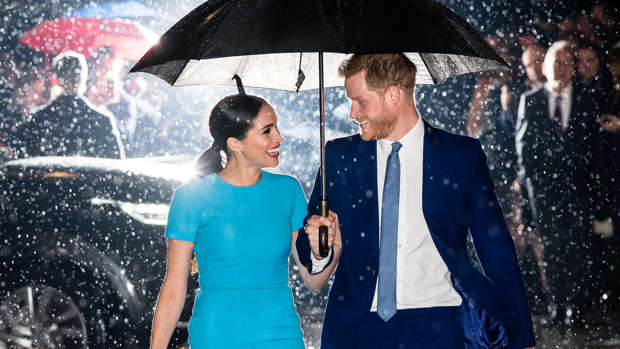 Prince Harry and Meghan Markle have stepped out in London for their first - and one of their final - royal engagements since news broke they would be stepping back as senior members of the royal family.

All eyes were on the Duchess of Sussex as she attended the Endeavour Fund Awards at London's Mansion House with her husband, Harry, last night.

The mum-of-one looked absolutely flawless in a striking form-fitting turquoise dress, as the pair walked hand in hand carrying an umbrella. To finish off her eye-catching look Meghan accessorised with blue suede heels and gold earrings.

While the 38-year-old former actress dazzled in the elegant dress, Harry also looked dapper in a tie and navy suit. The couple attended the event to celebrate the achievements of wounded, injured and sick servicemen.

The awards night will be the first of three joint engagements the couple will undertake together before closing their Buckingham Palace office on April 1 ahead of their new life in Canada.