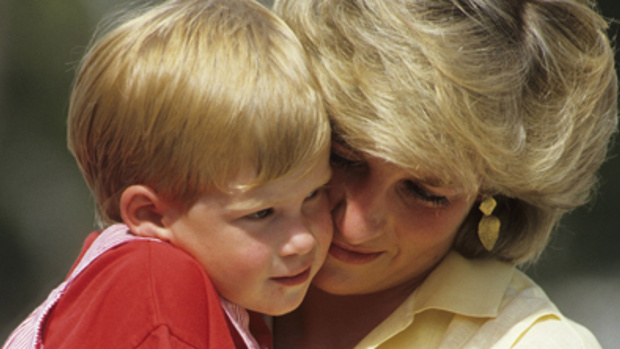 Sadly, Prince Harry is still learning to deal with the pressures of his royal role.

In a new ITV documentary about his tour of Africa, the Duke of Sussex opened up about how the flashbulbs of cameras take him "straight back" to the death of his mother in 1997.

As he spoke of the trauma of his childhood as a "wound that festers", the 35-year-old royal said he suffers constant flashbacks to the "bad stuff" as a result of his public role in the British royal family - with cameras forcing him to endure the "worst reminders" of her life.

"In that respect, it’s the worst reminder of her life as opposed to the best.

"Being here now 22 years later trying to finish what she started will be incredibly emotional. But everything that I do reminds me of her," he continued.

"But as I said — with the role, with the job and sort of the pressures that come with that — I get reminded of the bad stuff."

Bradby, a friend of Harry's who has previously met with Meghan Markle to discuss "press attention," said his film with the couple in Africa would "explain a lot."

The documentary comes after the new dad released a rare statement about the tabloid press and his family, in which he spoke furiously of "relentless propaganda" against his wife.

It was also announced that the royal couple was suing the Mail on Sunday over the publication of extracts of a letter she wrote to her father.