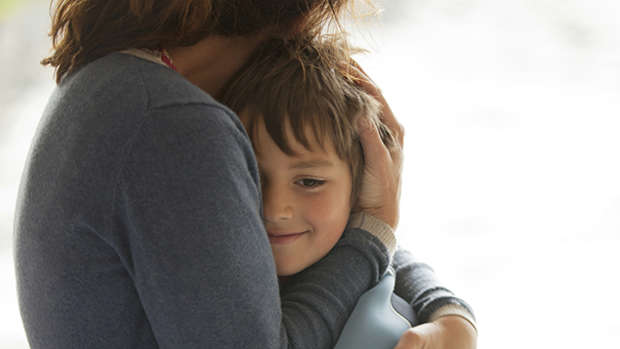 Are you the kind of parent who's always hugging your kids?

Well if you are, don't stop doing what you’re doing!

According to new research, physical affection during a baby's development period is even more important than we thought.

Thanks to a study from the Nationwide Children’s Hospital in Ohio, it has been discovered the more you hug a baby, the more their brain grows.

The study - which followed 125 babies, both premature and full-term - looked at how well infants respond when being physically touched.

The results revealed that the babies who were being subjected to more affection by parents or hospital staff showed stronger brain response.

Researcher Dr. Nathalie Maitre, said: "Making sure that preterm babies receive positive, supportive touch such as skin-to-skin care by parents is essential to help their brains respond to gentle touch in ways similar to those of babies who experienced an entire pregnancy inside their mother’s womb."

So, cuddle and hug your babies as much as you can because, to be honest, nothing feels better than giving your loved one a warm embrace!