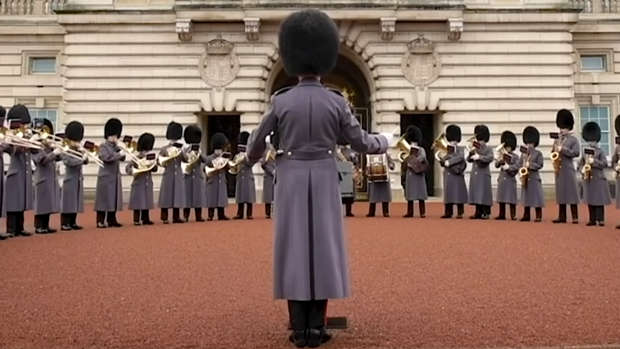 They're notorious for being extremely serious, but it appears even the Buckingham Palace guards couldn't contain their excitement when Prince Harry joined forces with rock star Jon Bon Jovi for the Invictus Games Foundation.

Just hours after the Duke of Sussex — who recently decided to step down as senior members of the royal family — joined Bon Jovi at Abbey Road Studios in London to record the 57-year-old singer's single 'Unbroken' with the Invictus Games Choir, the Band of the Grenadier Guards treated onlookers to a rendition of the iconic Bon Jon Jovi song, 'Livin' On A Prayer'.

As the guards usually stick to ceremonial music, tourists who had gathered to watch the changing of the guard were pretty stunned, with many posting on social media about the moment.